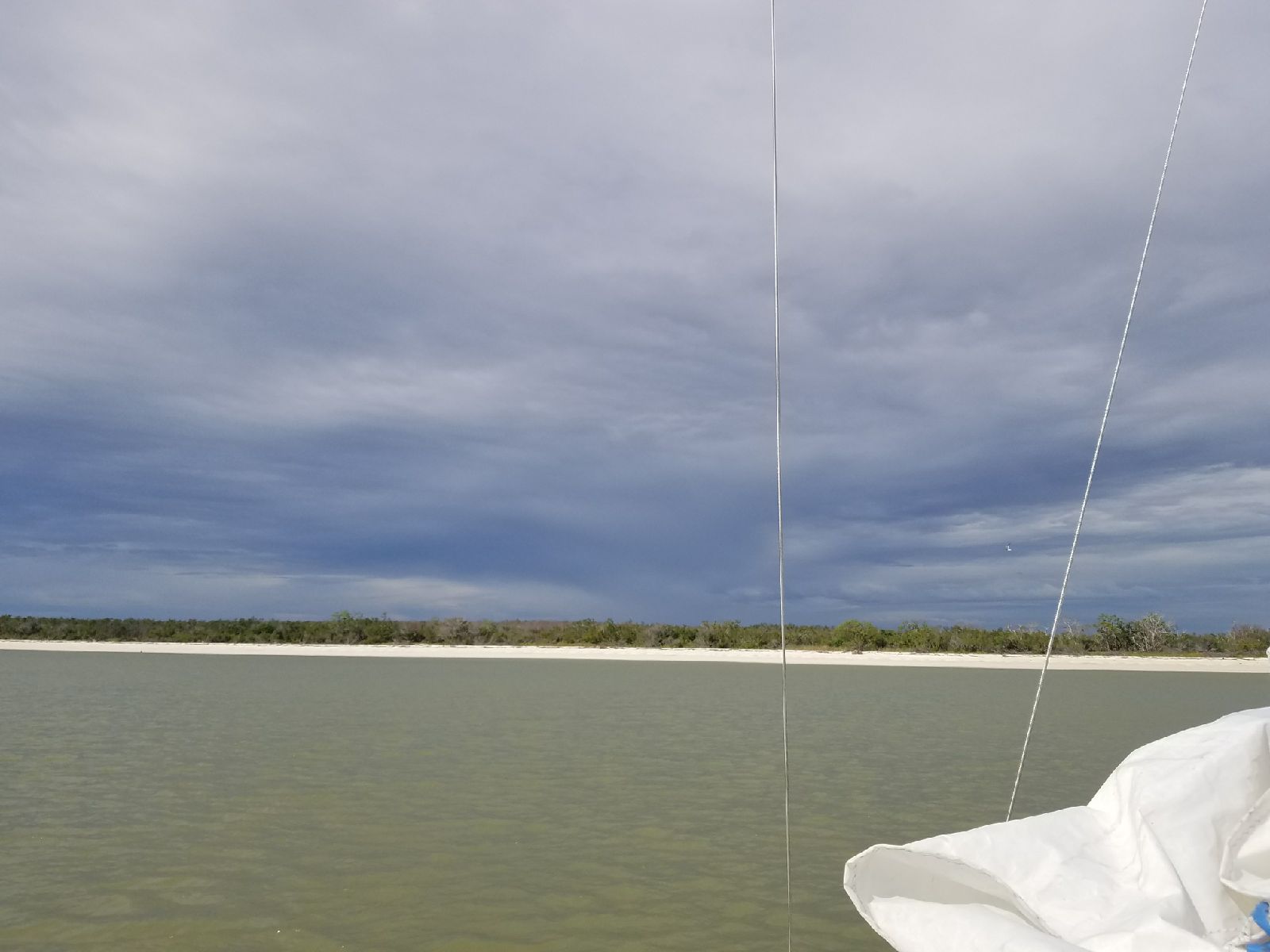 This beach, located on Cape Talloy, is abundant in shells. In fact, there are so many one could never collect them all. The people on Starlight Cay, where Cape Talloy forms part of the Western shore, use the shells for decorating their houses. Starlight Cay was named for the schooner Starlight, which was stranded, but later recovered, near by. Some of the original crew stayed, or were left behind (stories vary ) to create the handsom inhabitants who live there today.